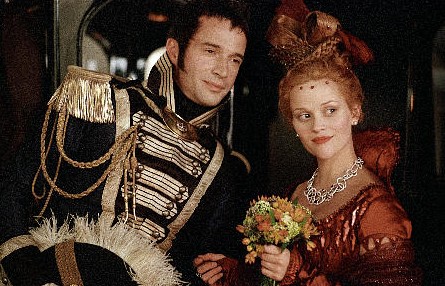 He, too, has declined to see his mother, to whom he makes a liberal allowance; and who, besides, appears to be very wealthy. The Baronet lives entirely at Queen’s Crawley, with Lady Jane and her daughter; whilst Rebecca, Lady Crawley, chiefly hangs about Bath and Cheltenham, where a very strong party of excellent people consider her to be a most injured woman. She has her enemies. Who has not? Her life is her answer to them. She busies herself in works of piety. She goes to church, and never without a footman. Her name is in all the Charity Lists. The Destitute Orange-girl, the Neglected Washerwoman, the Distressed Muffin-man, find in her a fast and generous friend. She is always having stalls at Fancy Fairs for the benefit of these hapless beings. Emmy, her children, and the Colonel, coming to London some time back, found themselves suddenly before her at one of these fairs. She cast down her eyes demurely and smiled as they started away from her; Emmy skurrying off on the arm of George (now grown a dashing young gentleman) and the Colonel seizing up his little Janey, of whom he is fonder than of anything in the world—fonder even than of his “History of the Punjaub.”
“Fonder than he is of me,” Emmy thinks, with a sigh. But he never said a word to Amelia that was not kind and gentle; or thought of a want of hers that he did not try to gratify.

Ah! Vanitas Vanitatum! which of us is happy in this world? Which of us has his desire? or, having it, is satisfied?—come, children, let us shut up the box and the puppets, for our play is played out.

Hints:
This novel has been turned into film several times, most recently in 2004 (see picture above). Also, the Latin quote in the last paragraph makes reference to the novel’s title.

I am an author of poetry and fiction, translator and painter who loves to have fun with borrowed feathers.
View all posts by James Steerforth →
This entry was posted in Film, Literature, Novel, Novel endings, Novelists. Bookmark the permalink.

This site uses Akismet to reduce spam. Learn how your comment data is processed.